You can solve 'Class "App\Http\Controllers\Carbon" not found' issue in laravel 6, laravel 7, laravel 8 and laravel 9 version.

A few days ago I was working on my laravel app and I simply getting current date using Carbon. When I run the project then I found 'Class "App\Http\Controllers\Carbon" not found' error. you can see bellow screenshot as well. 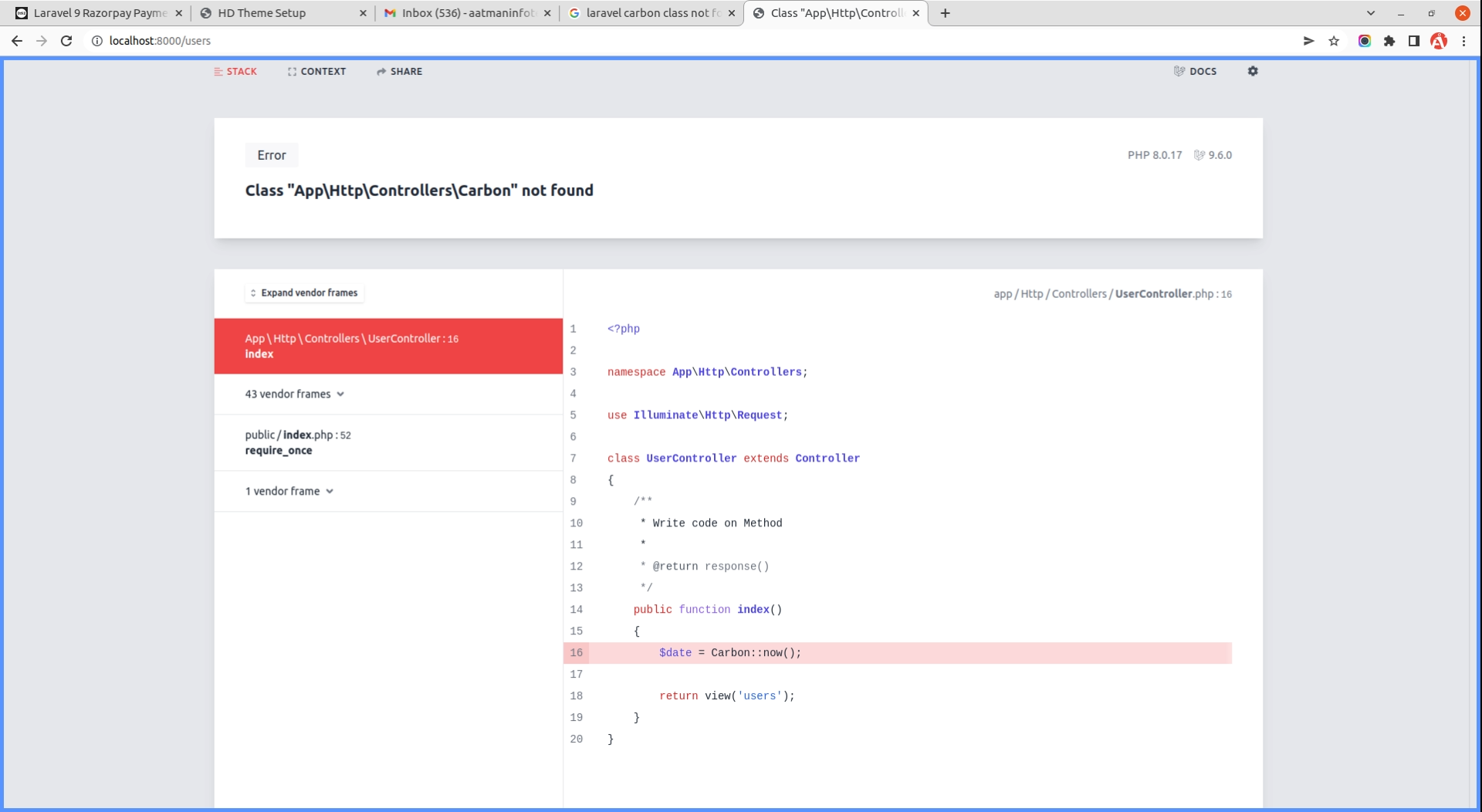 After some research, I found that If you are using the "Carbon" class in Controller, Middleware, or blade file then you must have used facade on top.

You must need to add "use Carbon\Carbon;" on top of controller, middleware, command, event or blade files. Let's see bellow:

You can see controller file code, how to use it.